Confusing Photos That Will Take You a Minute to Understand

You might want to keep a bib nearby because these pictures might make your eyes fall out of your head and just dangle from your body, ruining your shirt with their eye gunk.

OK that was really gross, and I apologize.

But at the very least, these 29 pictures taken from crazy perspectives, will make you do a double take. They’ll make your brain explode. You might not know what you’re looking at. 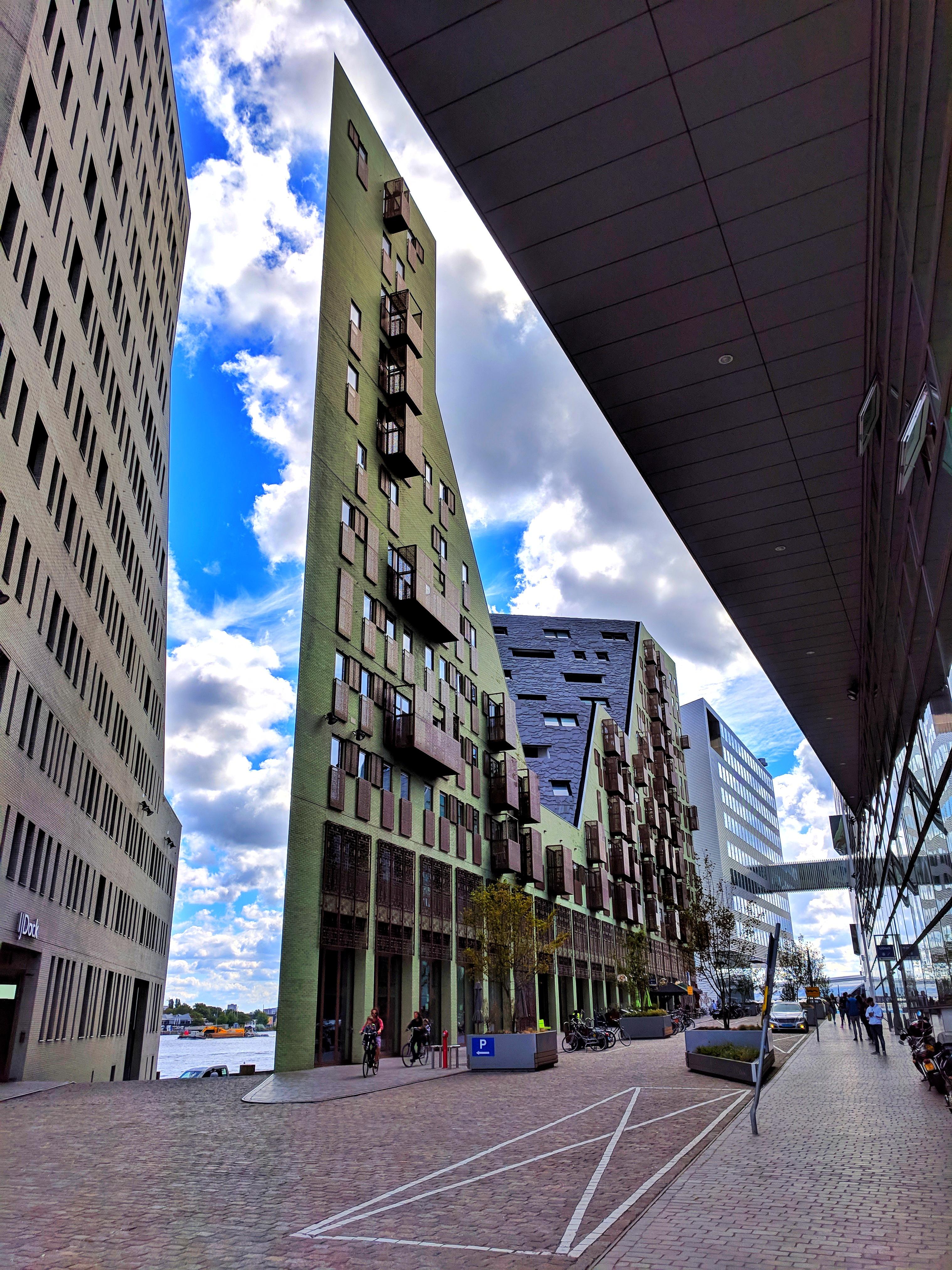 That building can’t really be flat like that, can it? This is so trippy, man! 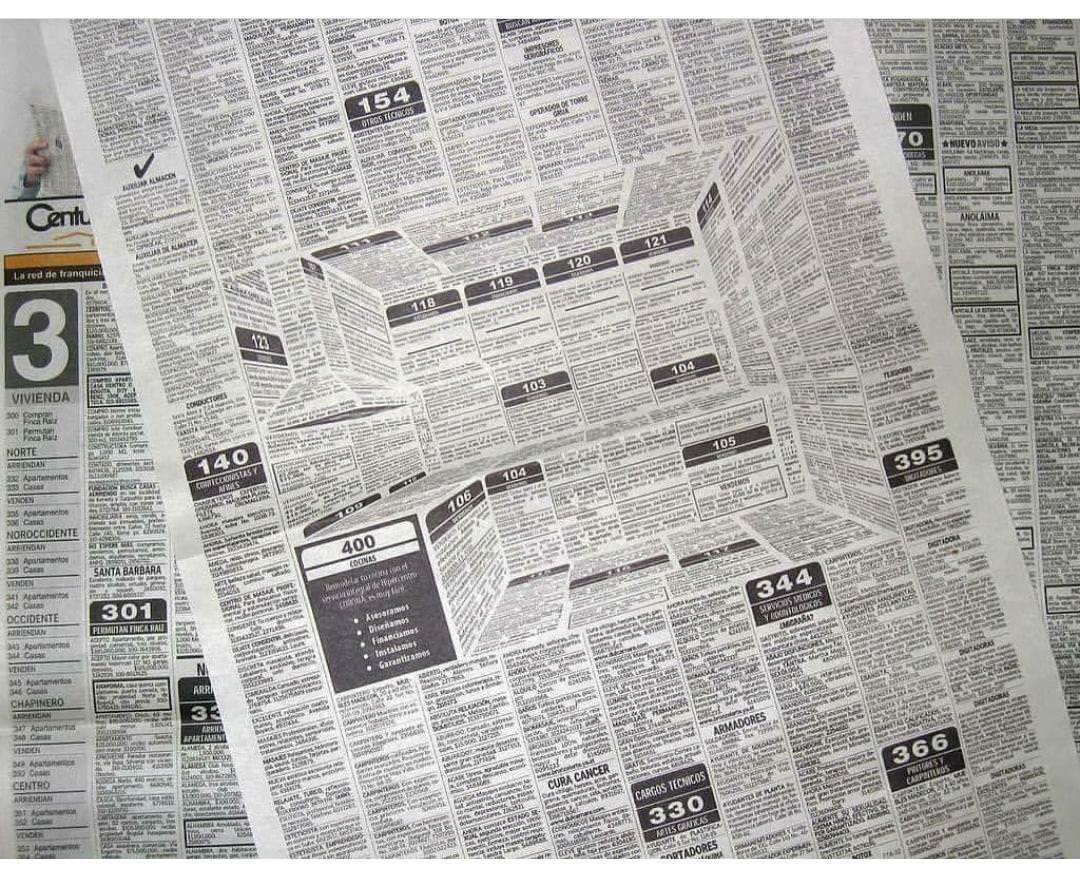 How…how do they do this? The ads in this newspaper look like a room with a kitchen counter. It’s amazing. 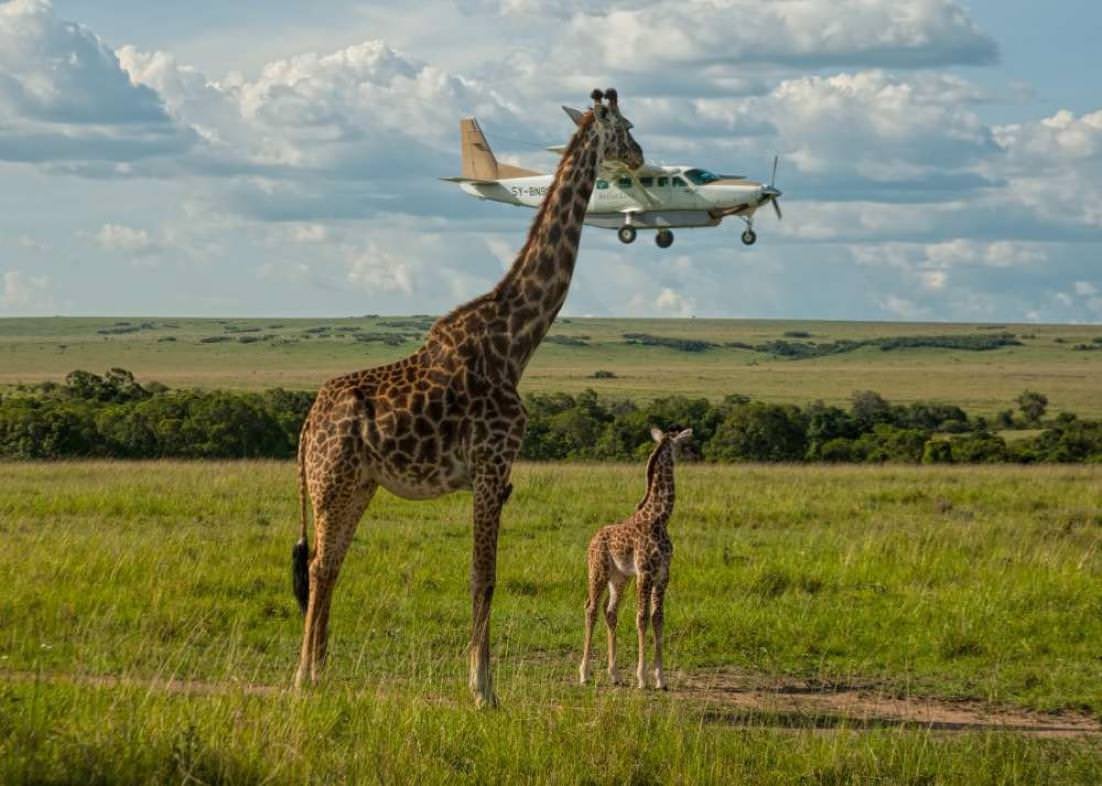 Either that’s an insanely huge giraffe, a teeny tiny plane, or there’s some perspective being played with here. I guess it’s the last one, but it would be so cool if it were the first. 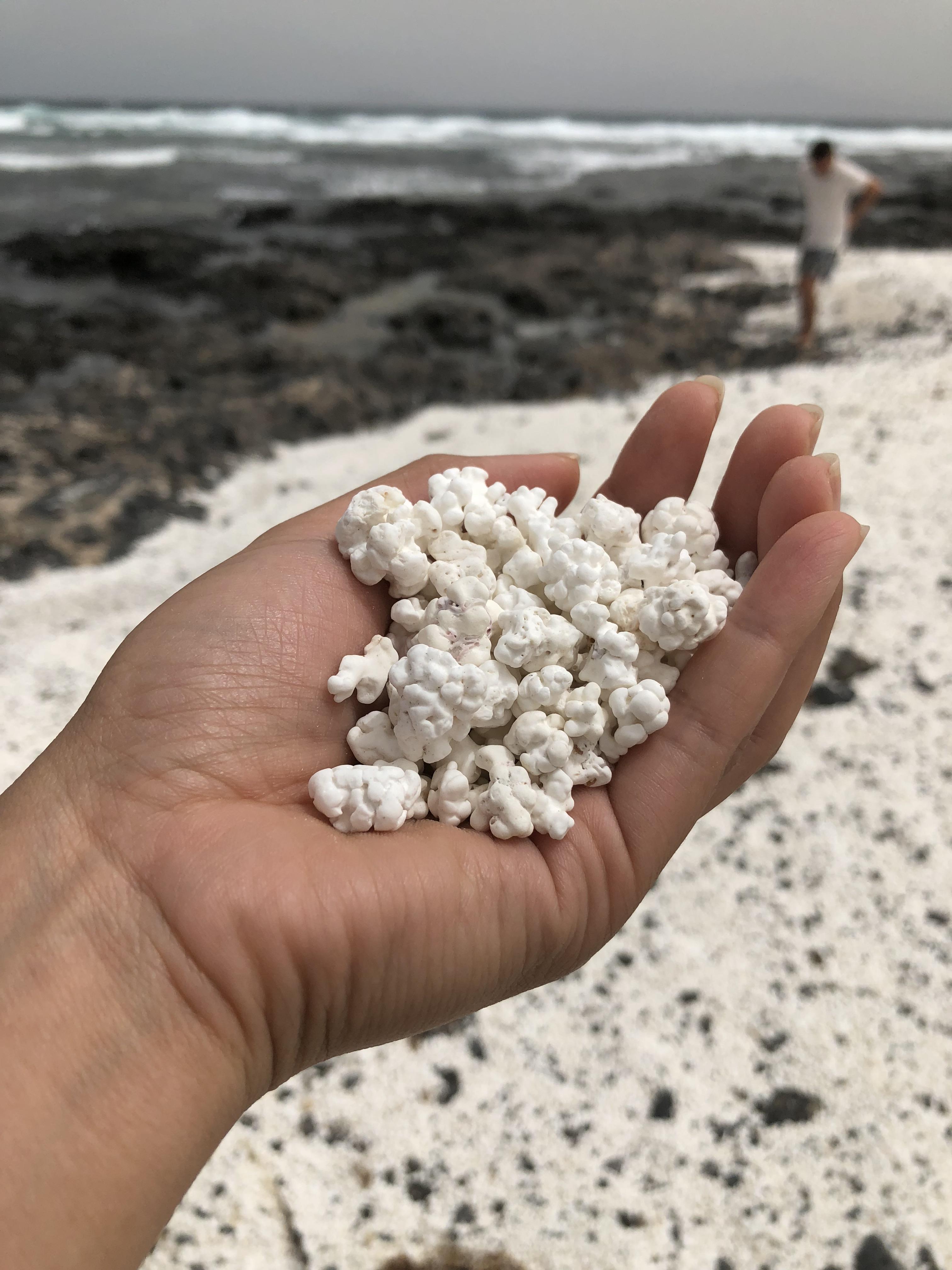 On this beach in the Canary Islands, the rocks look just like popcorn! I wonder if they feel like popcorn when you’re walking all over them. 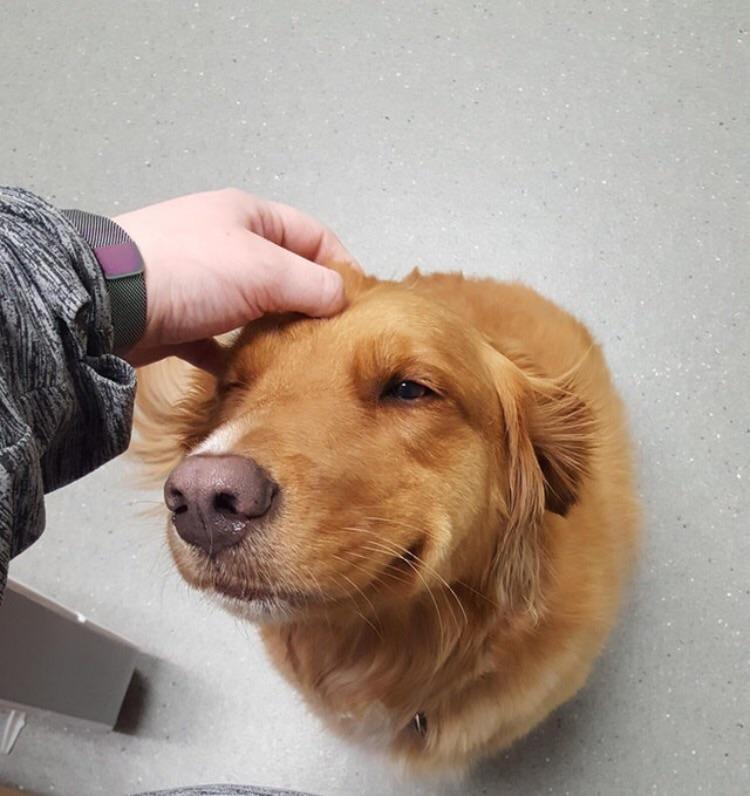 Contrary to what this looks like, that’s not actually a dog mounted on a wall. He’s just really good at hiding his body under him.

Is it just me or does P!nk have three legs?! Secret’s out, P!nk! Now I know how you do your amazing shows!

Where did those come from? 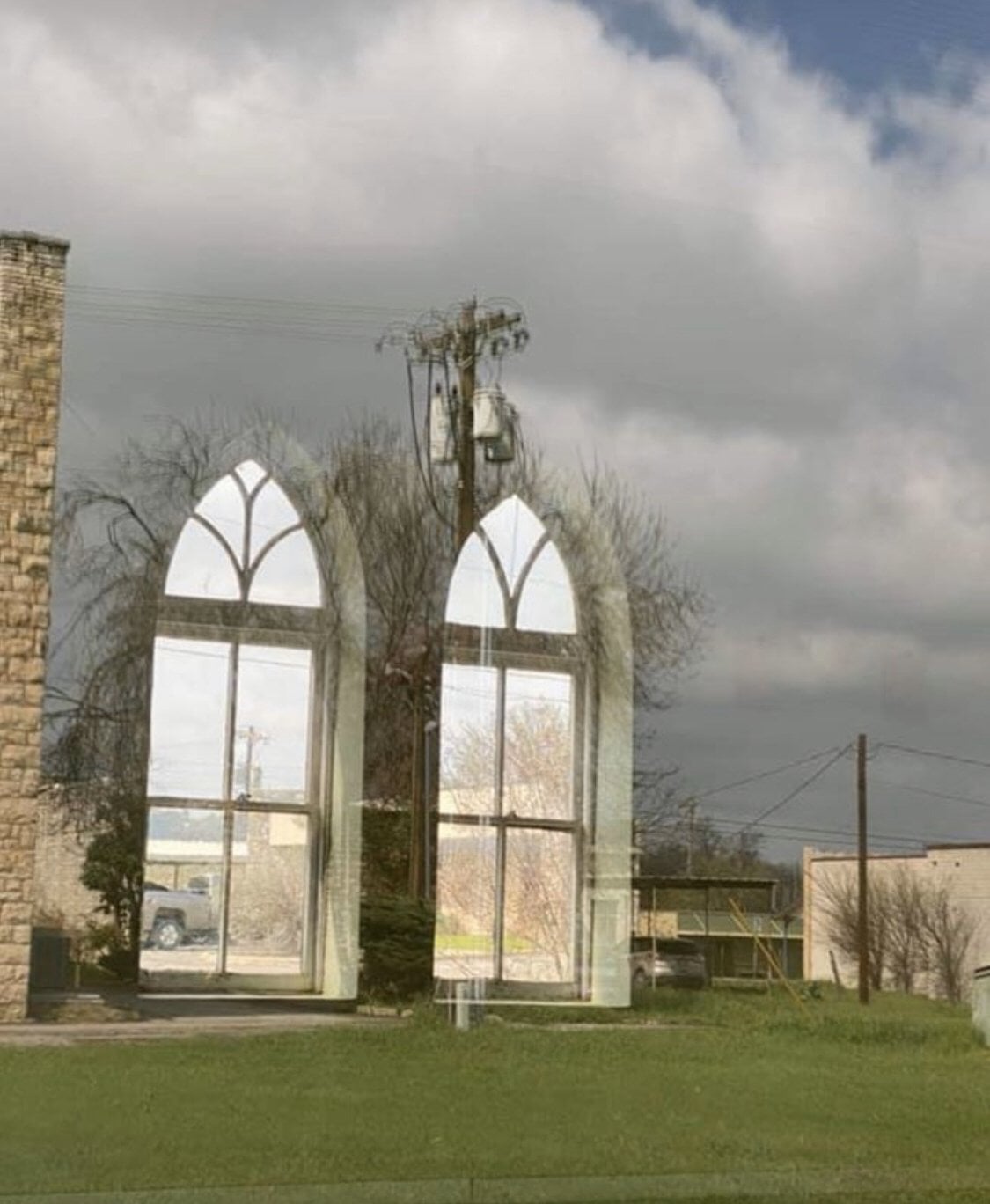 We are in uncharted territory, people. Sometimes windows just appear out of nowhere. What will we see when we look through them? Other worlds?

Or maybe they’re just reflections from the window through which the picture was taken. It’s either that or the alternate worlds thing. 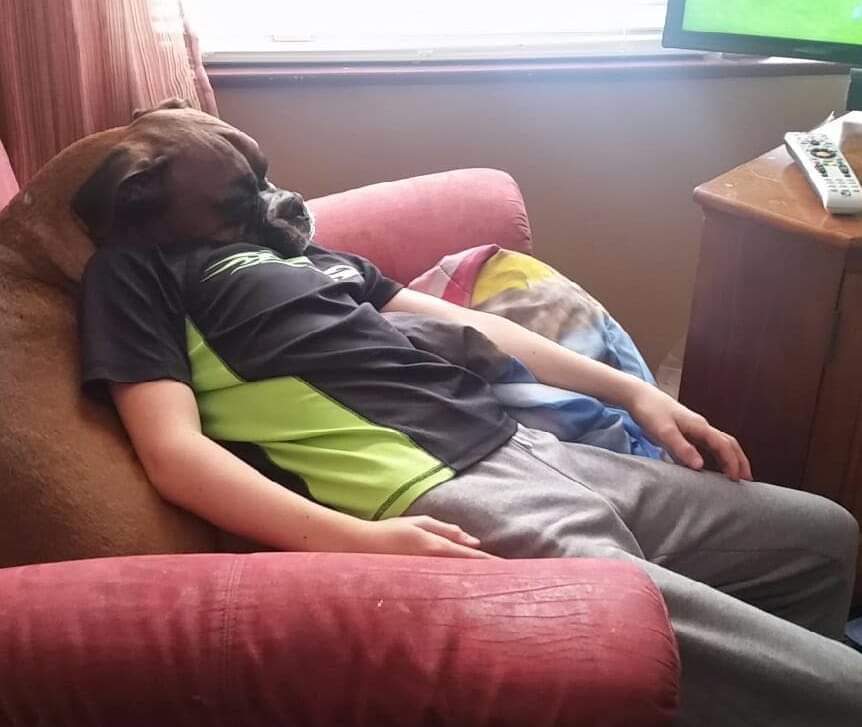 “Sometimes, being a hero isn’t enough. Sometimes, you have to also be… a good boy.”

Wait. What is he sitting on? 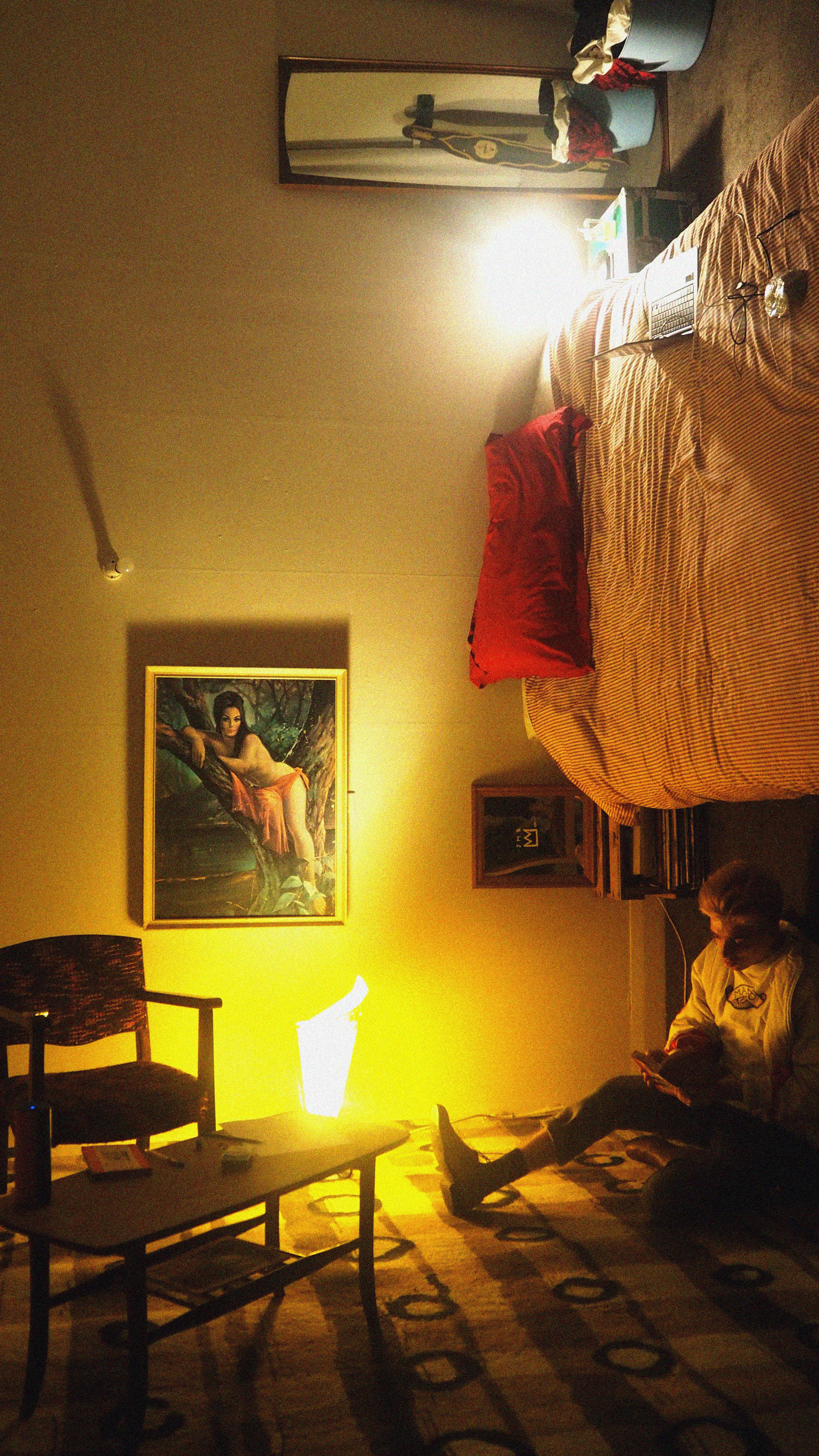 This is one of those pictures that make me so glad I understand Photoshop well enough to find the “Rotate Image Clockwise” function. Truly a life-saver here.

The flat-earthers were right! 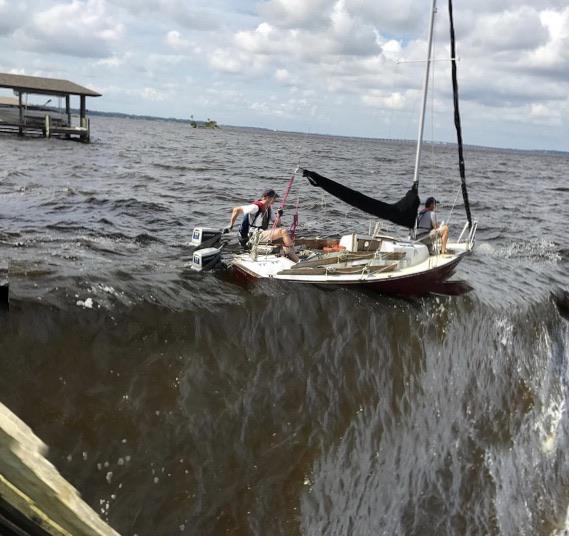 A lot of these images take a minute to understand, but usually I’m able to figure out what’s actually going on after a few minutes. This one, though? This one is messing me up.

I guess the only logical answer is that the earth is, in fact, flat. Guess I owe my cousin an apology for everything I said on his many, many Facebook posts.

“This car is mine. I will not be stopped.” 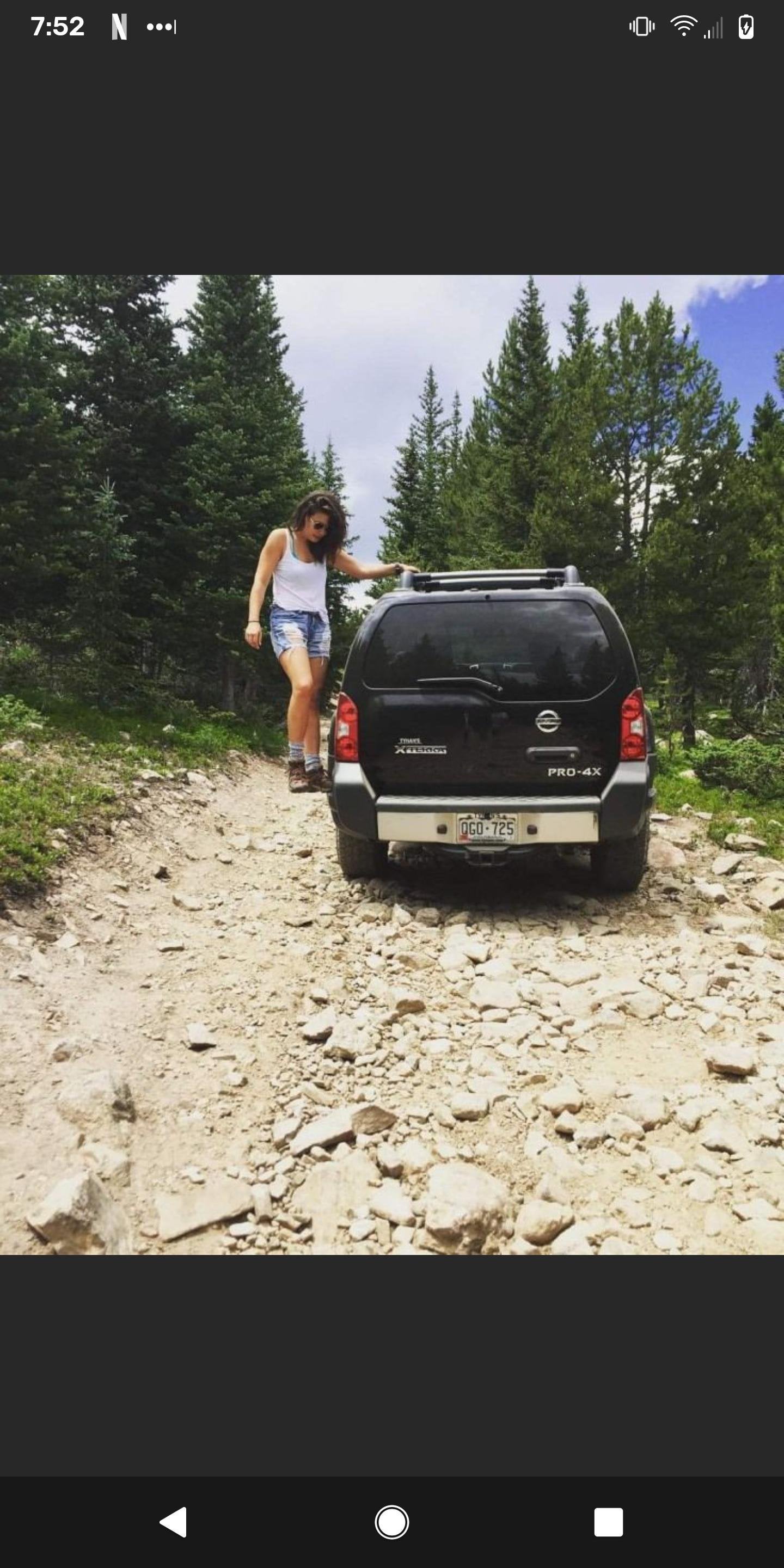 This giant woman has come for the Pro-4X, and there is nothing that can be done about it. We are at her giant mercy.

Oh wait, it’s just a normal-sized girl hanging off the side of the truck. Oh well, she can still have it, I’m not going to stop her. 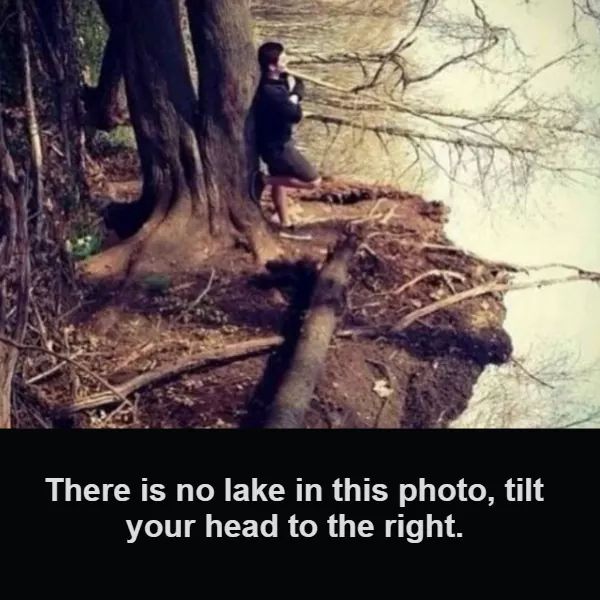 This is another example of a lot of things having to go right for a picture to come out lookin’ this bizarre.

Like, those trees in the background just so happen to be growing next to trees almost their same height so it looks like they have a reflection? Truly wild.

The only constant is change. 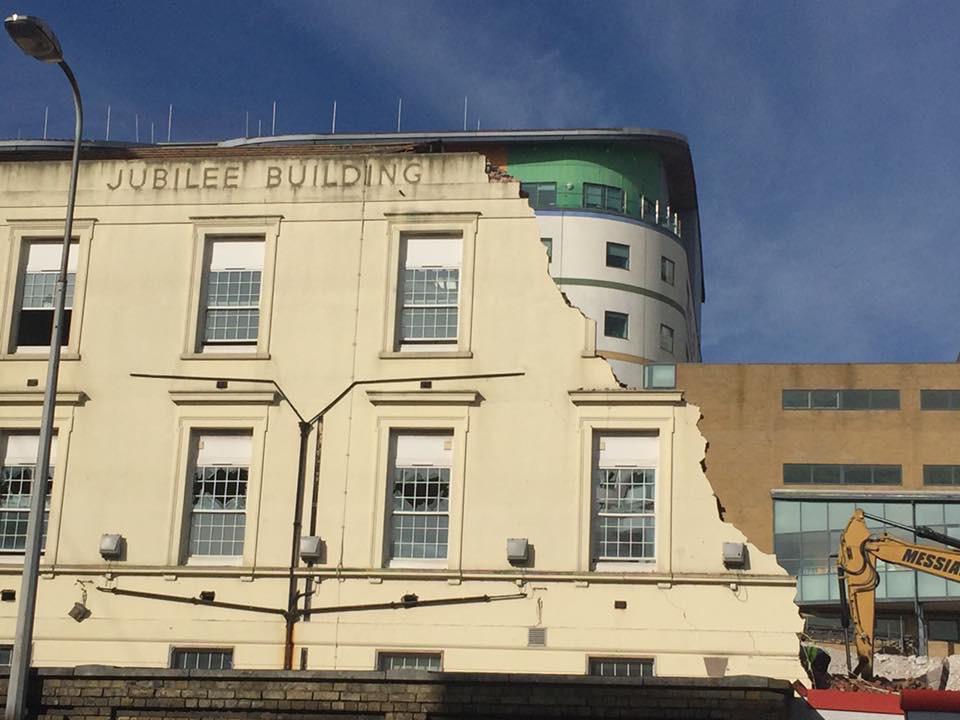 I did not know that, beneath every building is a slightly smaller, much newer building. But here we are, finding that out as one building is torn away, leaving a new building in its wake. It’s like a Russian nesting doll of buildings. 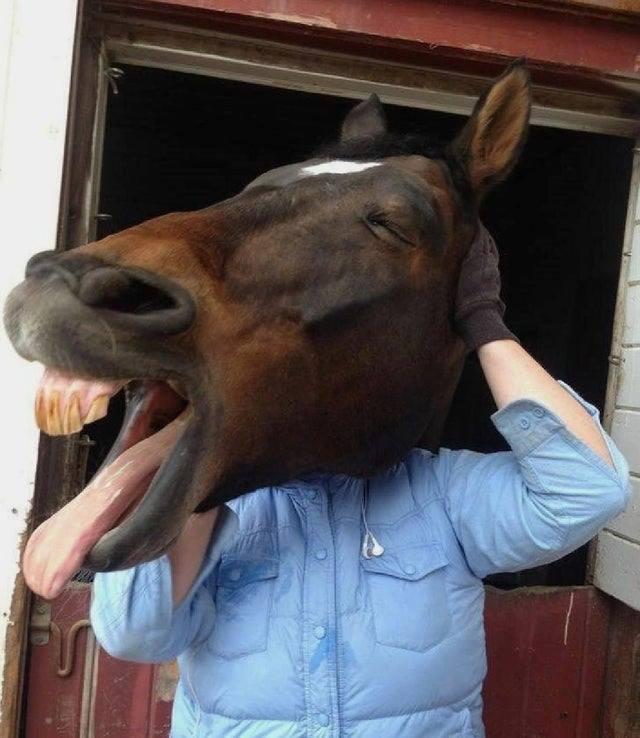 Listen, everyone goes through tough times financially, but this is the number one reason why you should never sign up for a clinical trial on the Island of Dr. Moreau, even if they are offering 400 dollars and a free lunch catered by Chipotle.

Split right down the middle. 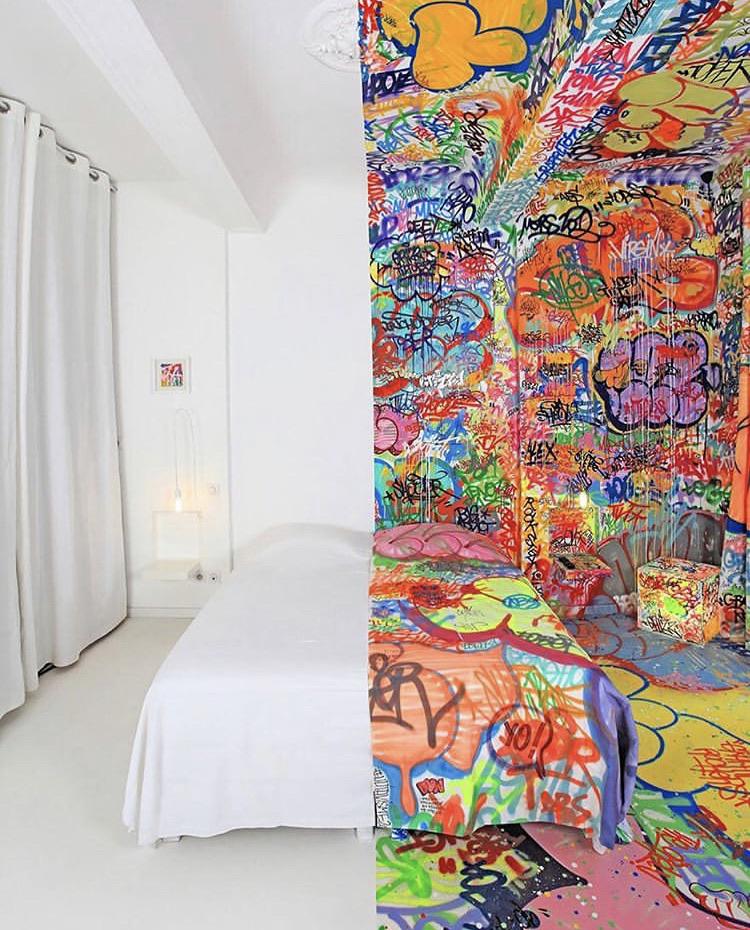 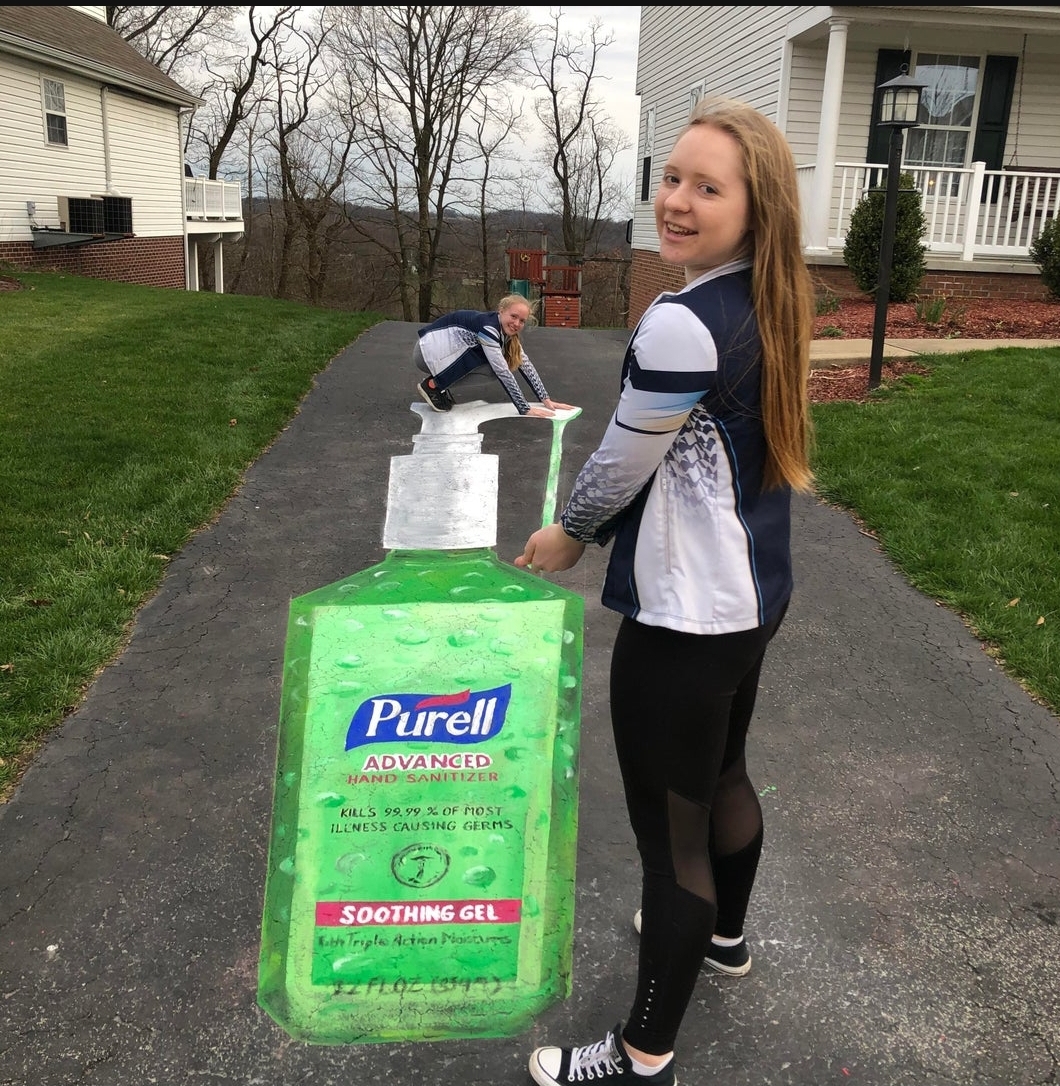 Another image that took me a minute to understand, this is an important reminder to a) wash your hands, and b) learn how to draw in perspective with sidewalk chalk. 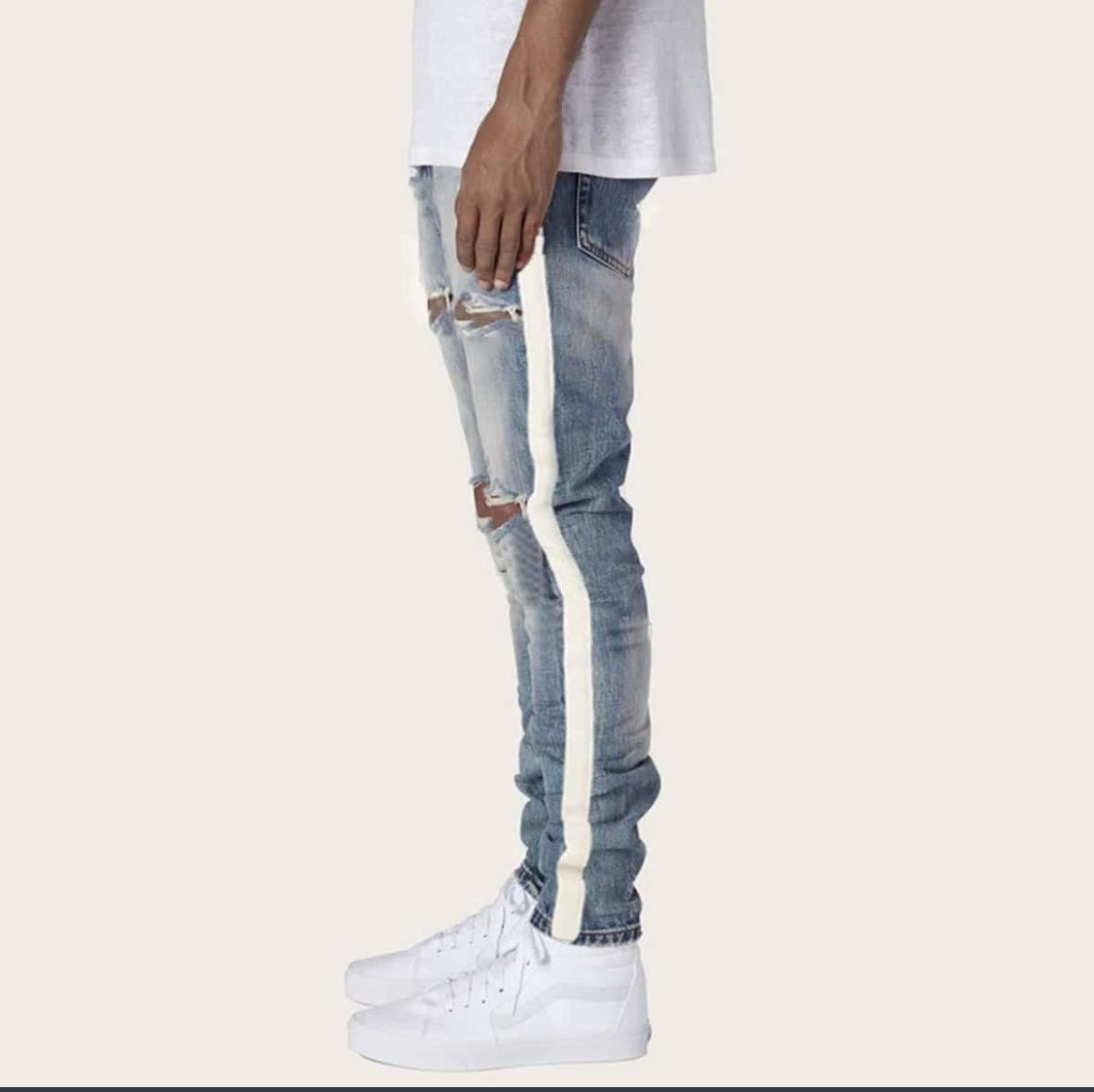 Honest to god, any other background color and these jeans would look fly as hell. But now, they make it look like a deformed crow is trying to wear people clothes.

Great, now my bones will be used to make bread. 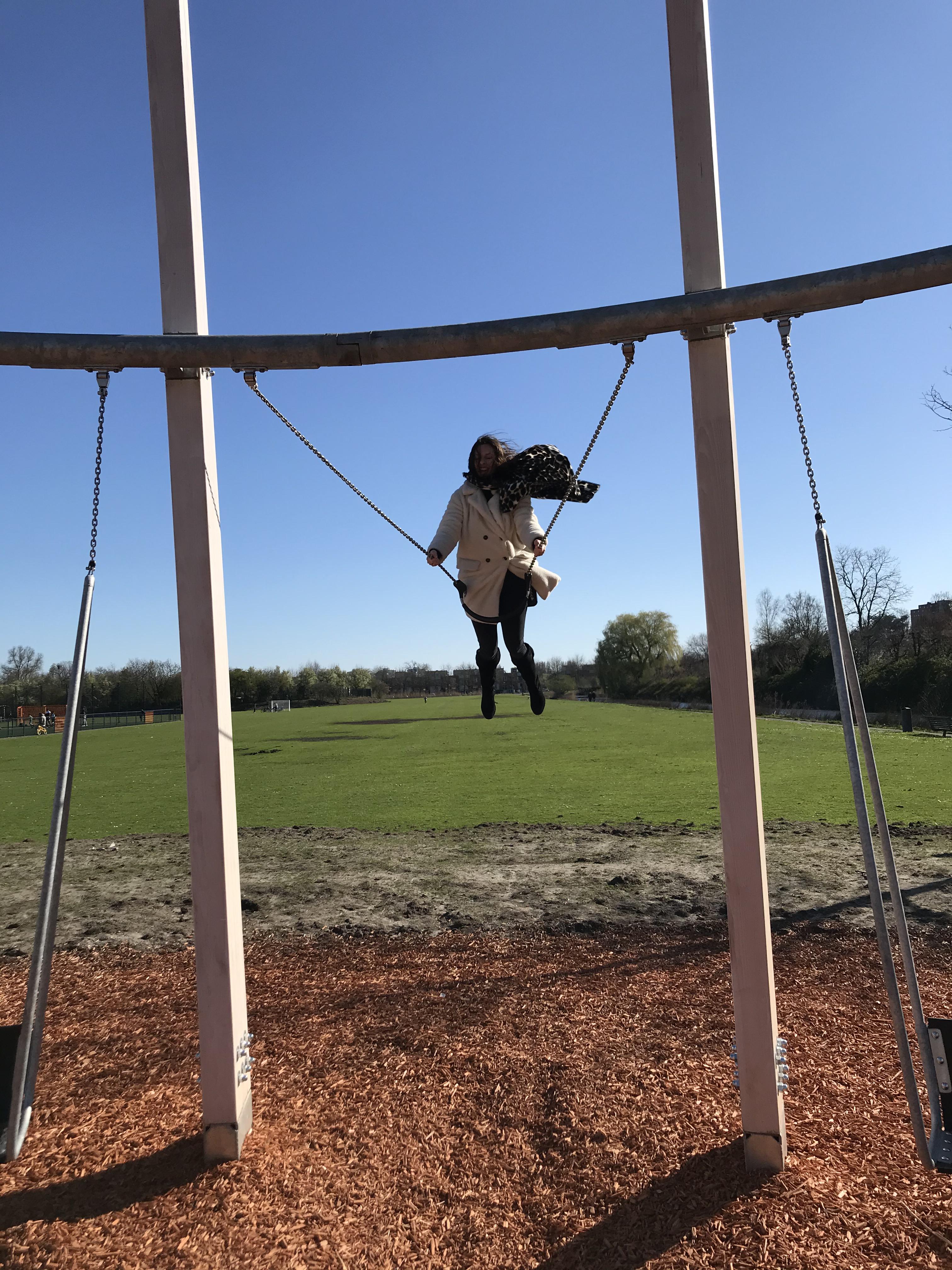 The worst thing someone could do is photoshop out those swing lines and make it look like an honest-to-goodness giant was shambling towards us.

Honestly, I have a fear of giants (both the fairy tale-like “top of the beanstalk”-style giants and Attack of the 50 Foot Woman-like “regular people who are very big”-style giants. And these pictures are messing me up! 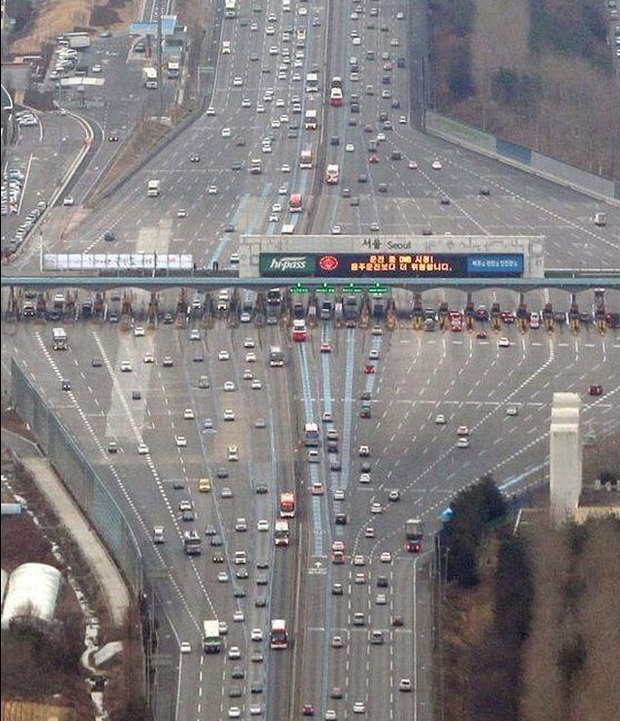 This highway looks like someone inflated a giant balloon underneath it.

Wait, did someone inflate a giant balloon underneath it? That would explain a lot.

There’s a coffee table there, if you look close enough. 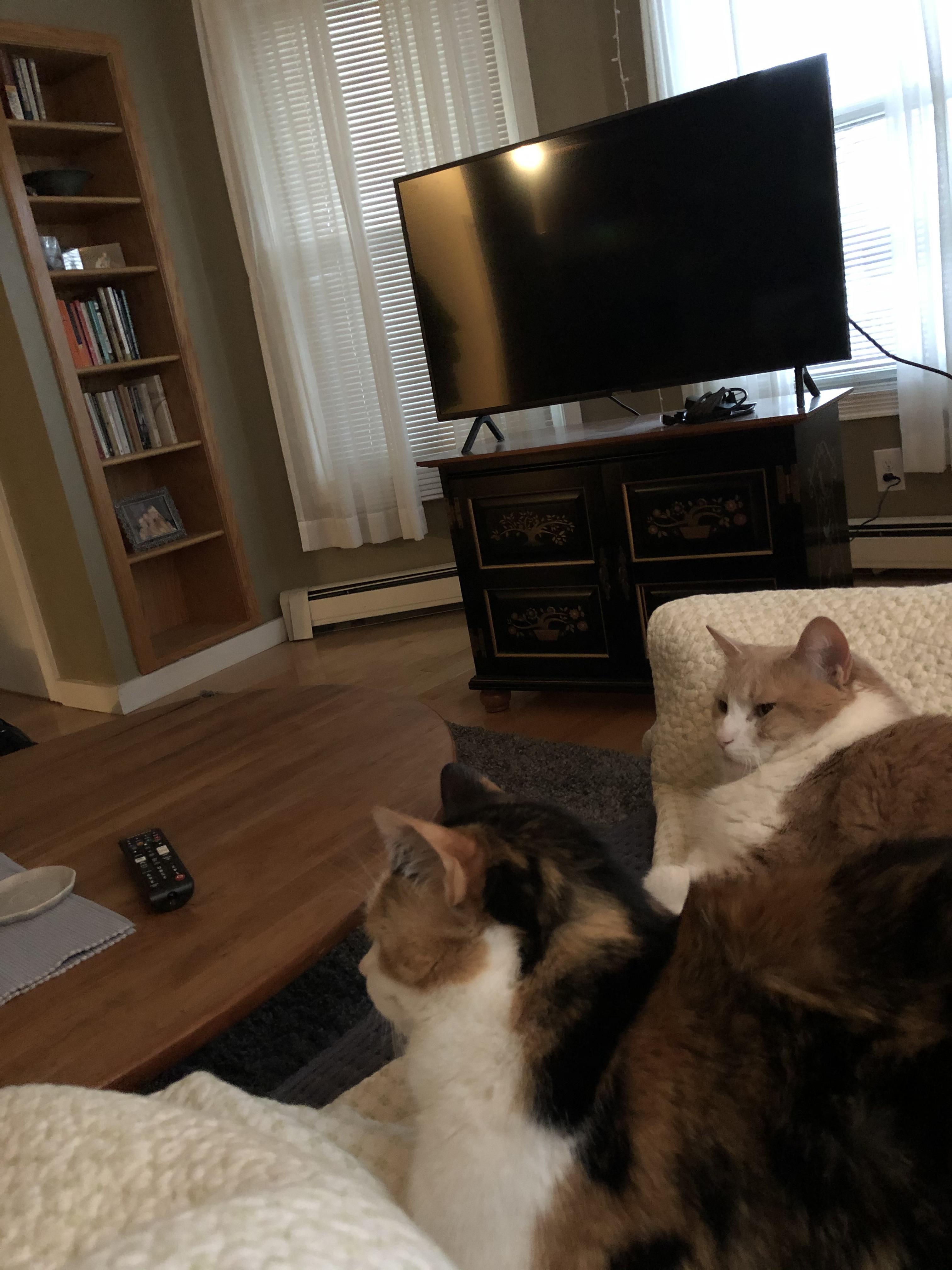 Did that coffee table — which has exactly the same pattern as the floor — come with the house? Or was the homeowner just at a Goodwill one day and saw his floor, now in table form, and realize he just had to have it?

All the ones with heads are so cute! 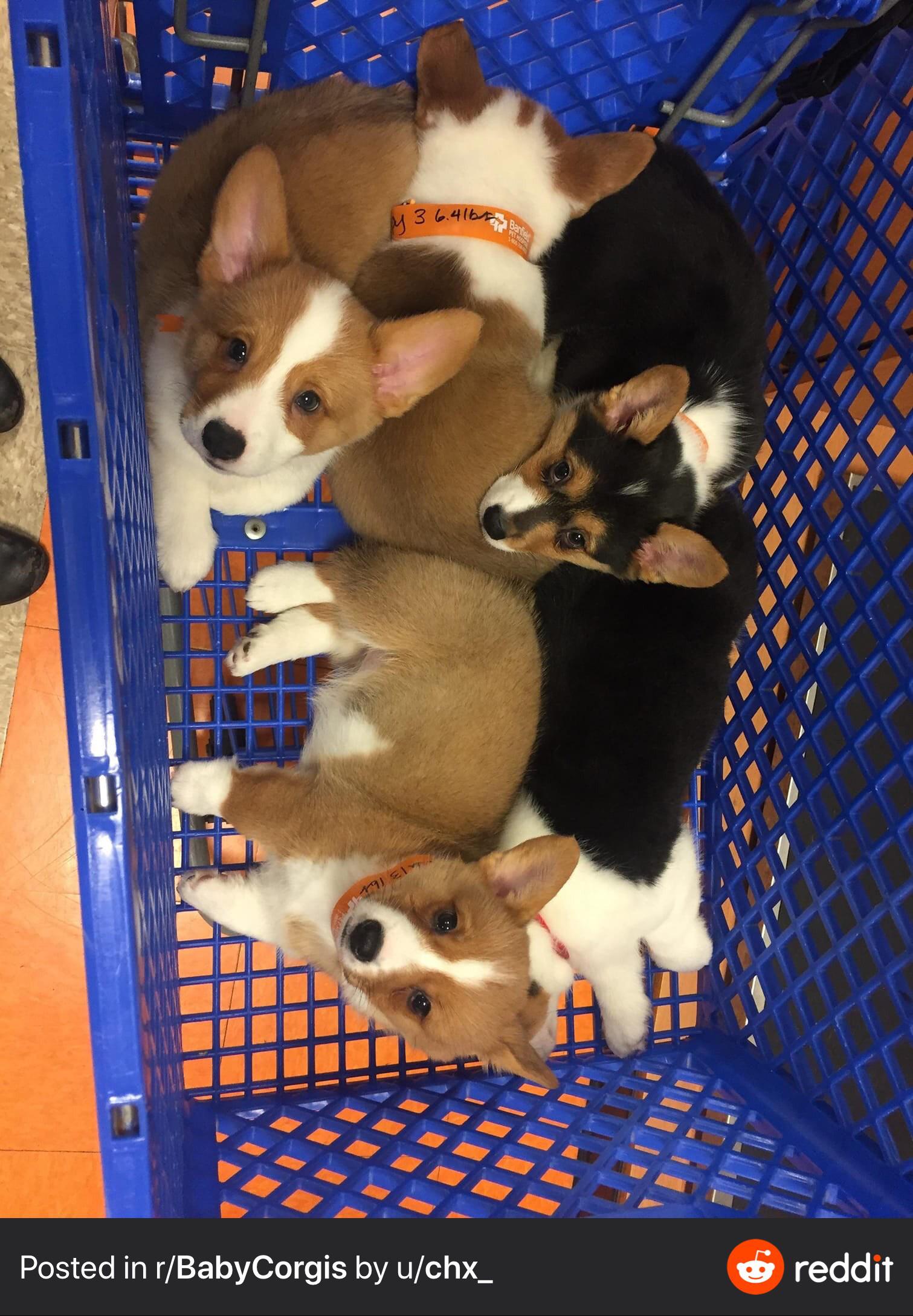 Sure, every litter has its runt, but usually, they at least have all the same body parts as the rest of the pups, don’t they? 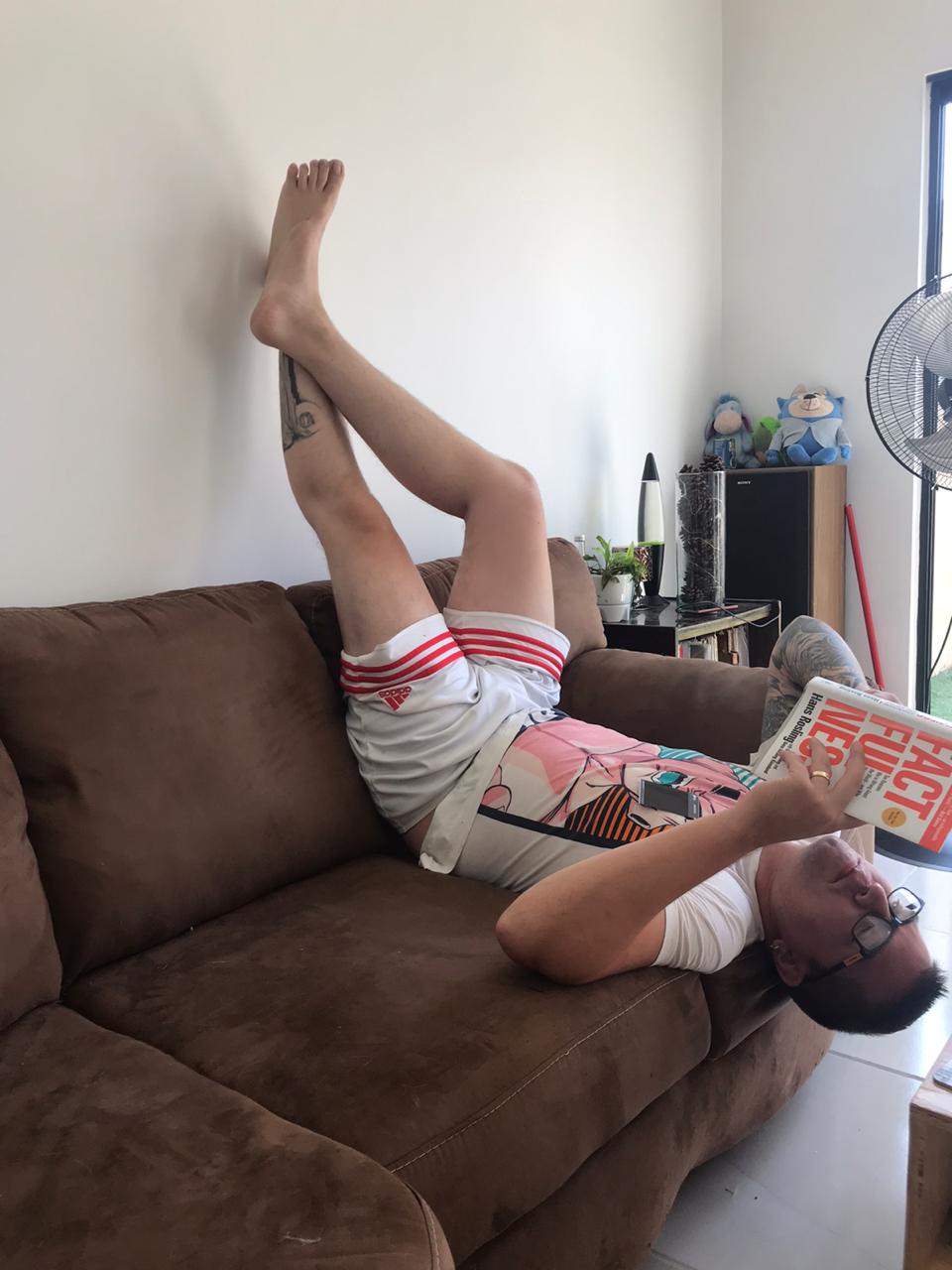 Much like the time Sandman and Venom teamed up to take down Spider-Man, this man’s right foot has joined forces with his left foot to form the all-powerful uber-foot.

It is the only foot strong enough to kick Spider-Man. 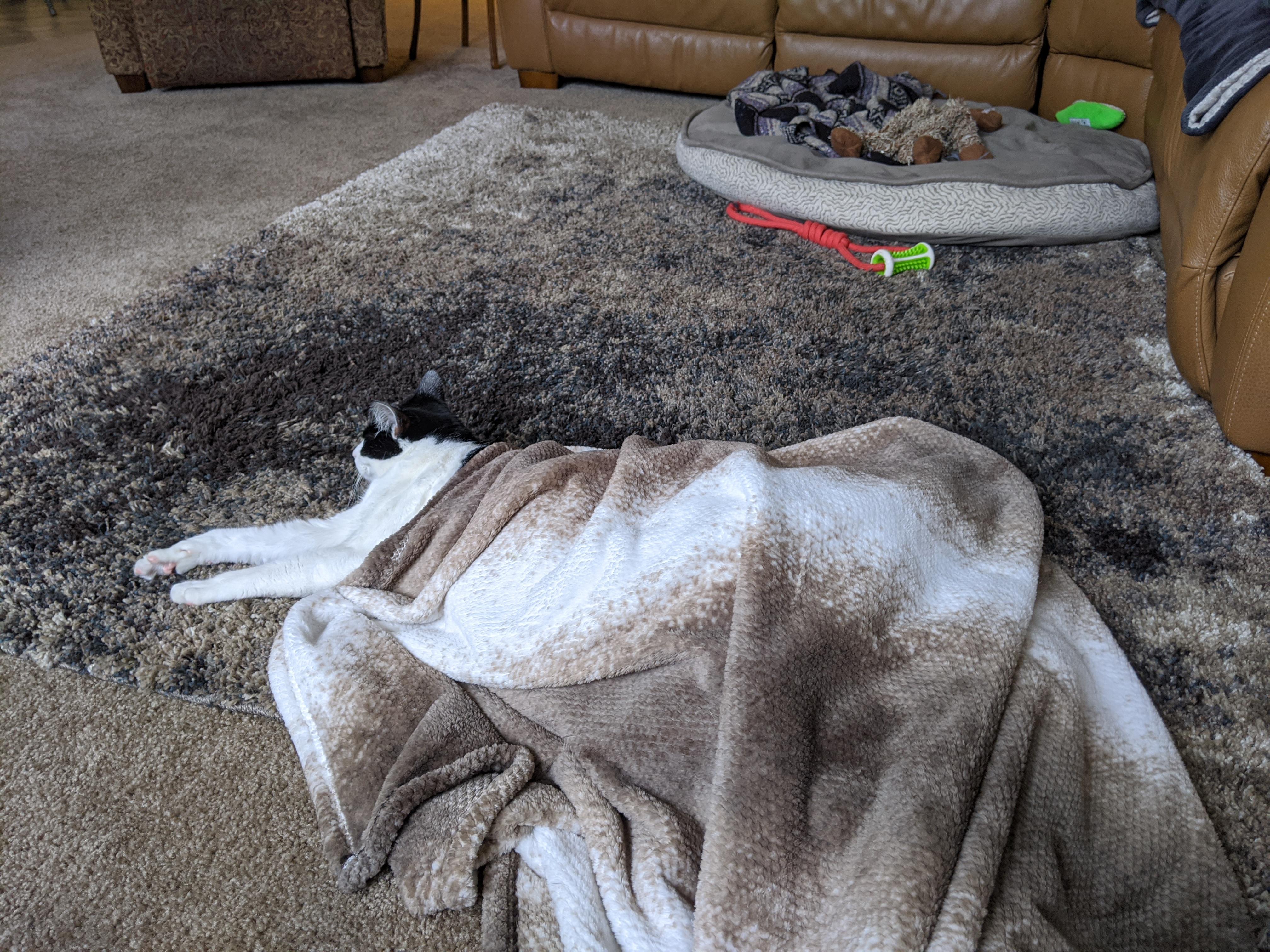 As the prophecies foretold, all other cats will be consumed by the Omega Cat, once they are purged of sin.

Oh, that’s just a normal cat under a blanket? Huh. Well, the other cats should still consider getting purged of sin on the off chance the prophesy ends up coming true later.

What exactly did they throw away? 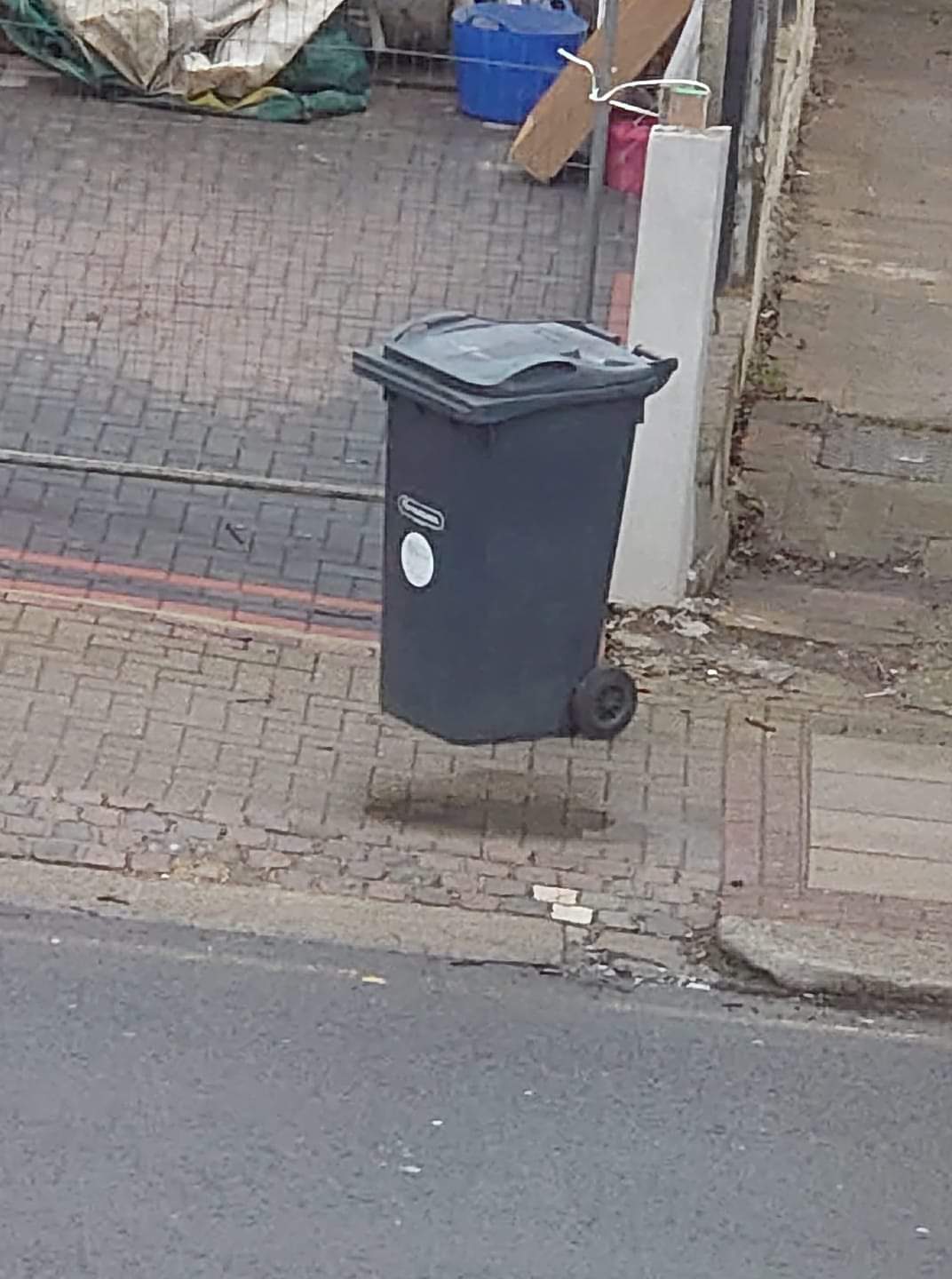 It looks like this trash bin can float, but it’s just a combination of the bin’s placement and a perfectly-placed puddle.

And even if it was floating, I’d be more annoyed than amazed. I can think of at least four household objects I’d rather have the ability to float — the first being my microwave so I could have some ever-lovin’ counter space!

Are we looking at a dog or a turtle? 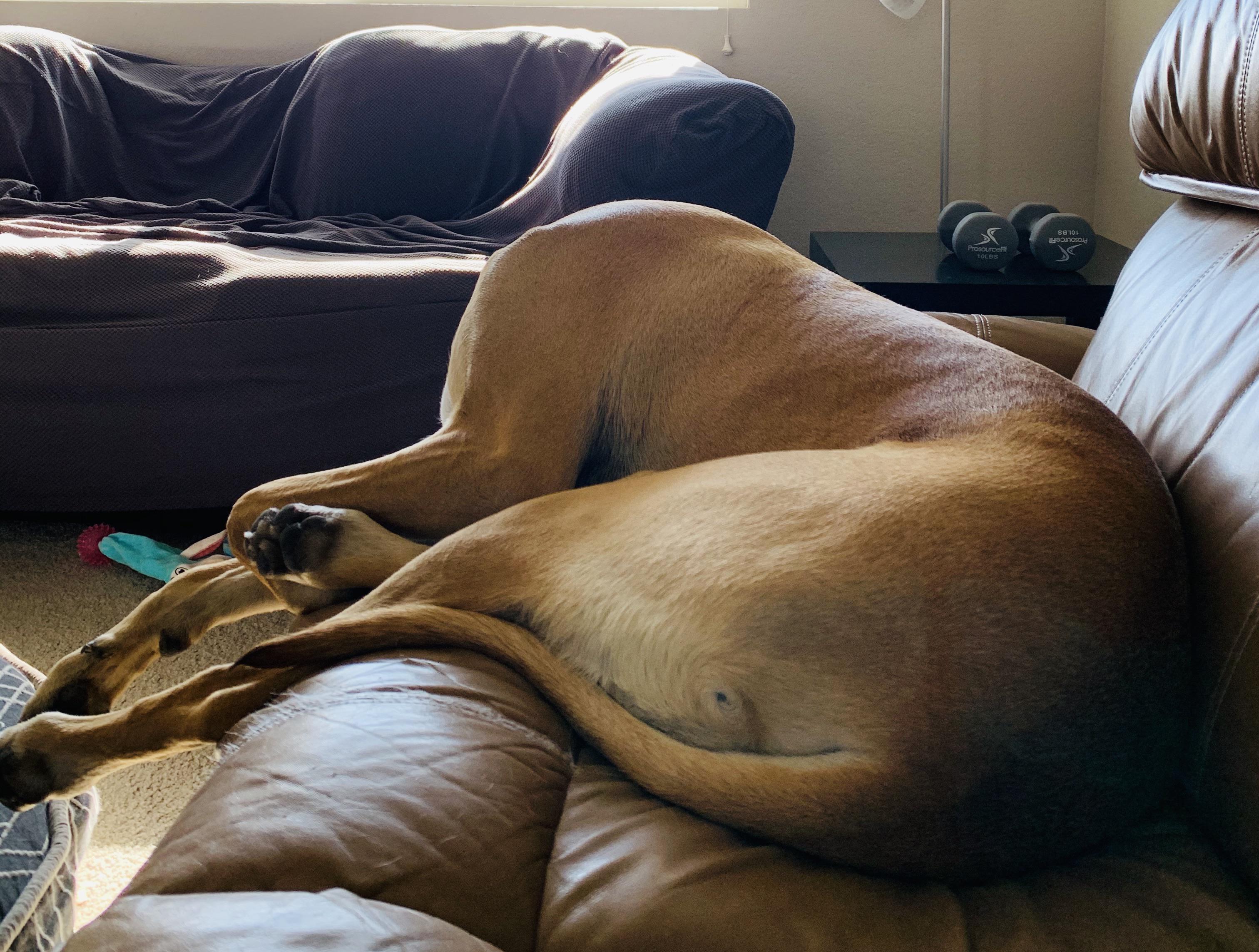 Maybe both? It’s not impossible to believe that a dog-turtle hybrid that could put its head entirely inside its own body escaped from the Island of Dr. Moreau. They have them there! I saw one once while I was eating Chipotle!

What kind of wood, exactly?

It takes a real perplexing optical illusion to pull focus in this picture, but this “is it a coffee table or is it the floor” corner does just that.

Where does it stop? No one knows? 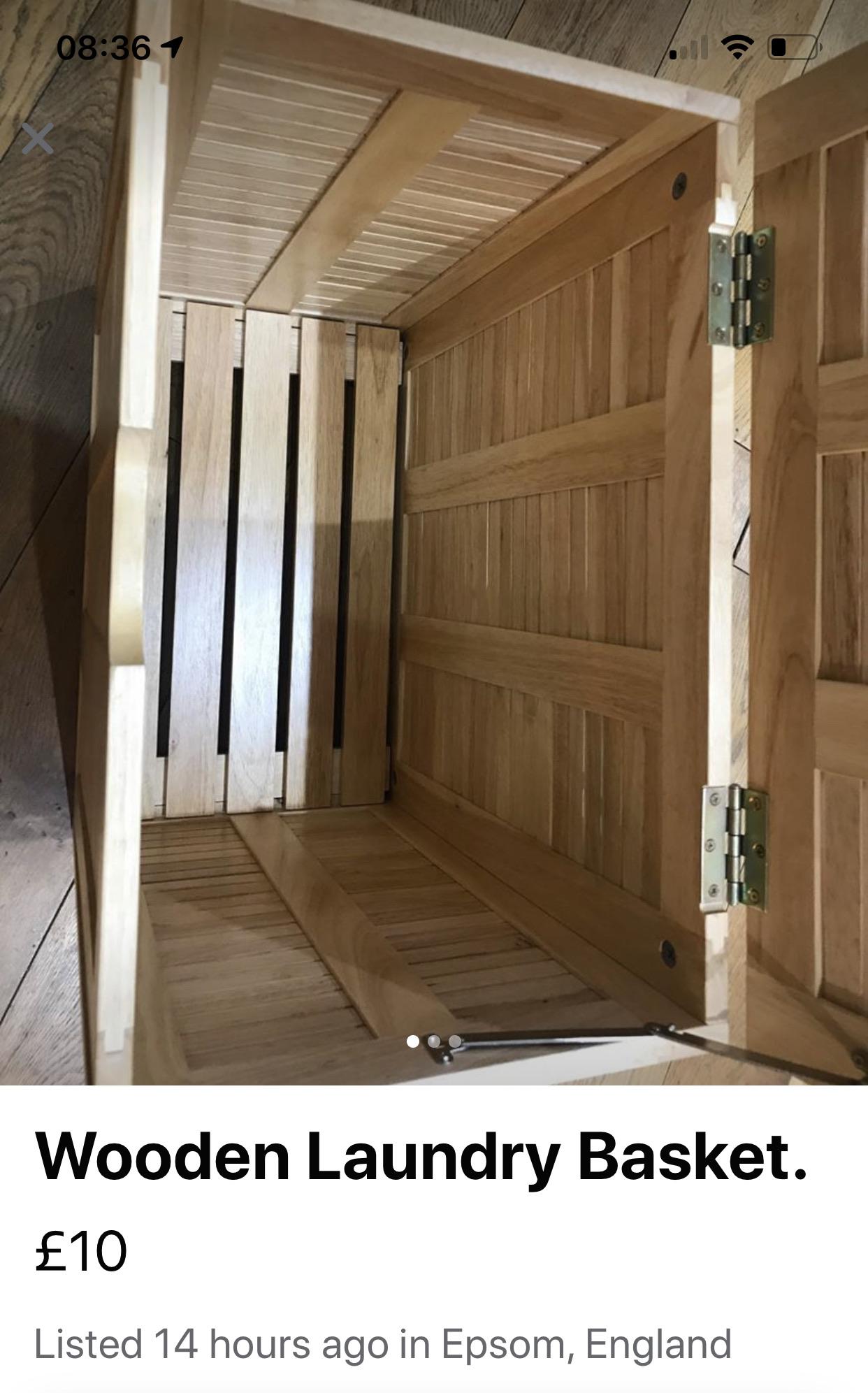 Science has gone too far.

I’ve said it before and I’ll say it again — cats should have four paws. No more, no less. 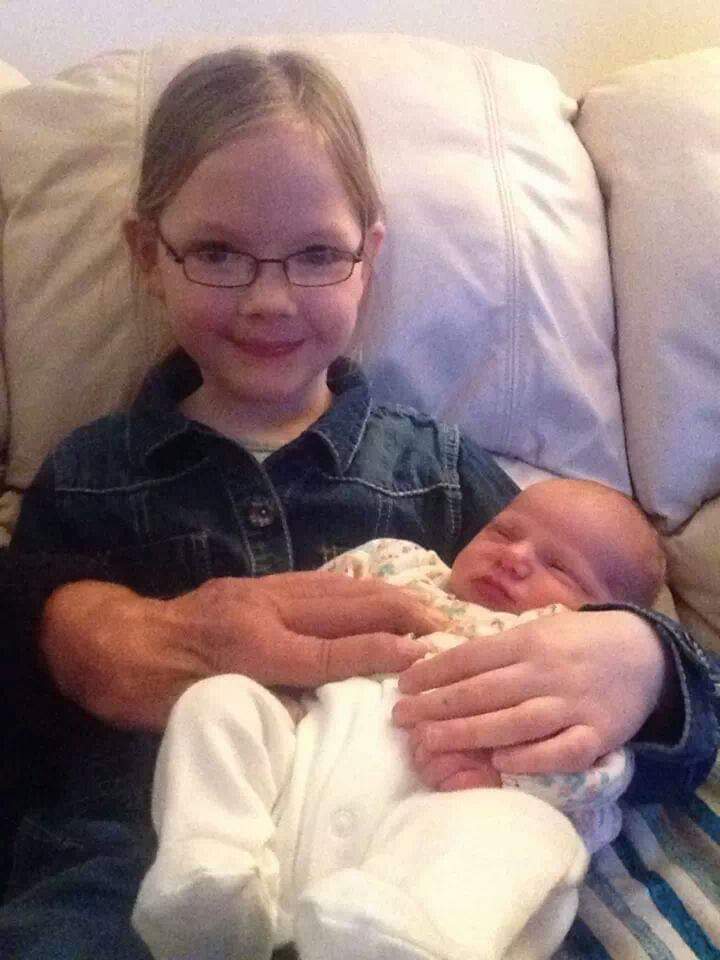 What’s really cool about this picture is that that “baby” is actually 68 years old, and is right in the middle of stealing the youth from this little girl. How cool is it that someone snapped a picture as it was happening?!

Do you ever feel lonely even when you’re surrounded by people?

This bird got trapped between two mirrors and is probably pretty freaked out.

To be fair to the bird, though, it did just watch Us the night before. You’d be freaked out too. 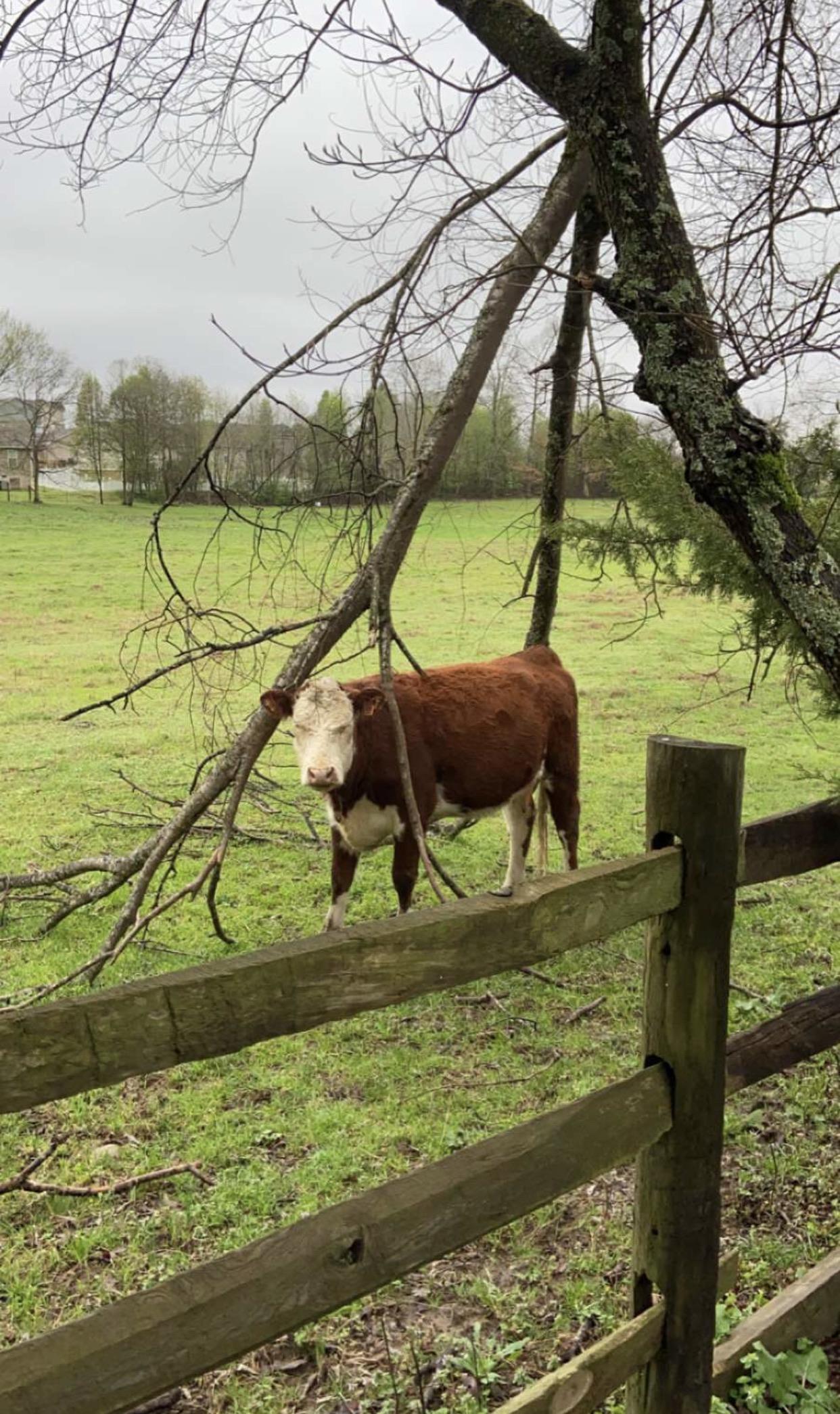 Look at this tiny cow walking along the fence! Not only is it unusually tiny, it’s also unusually balanced.

This tiny cow must’ve been doing yoga for quite a while. I know tree pose is how I improved my balance. 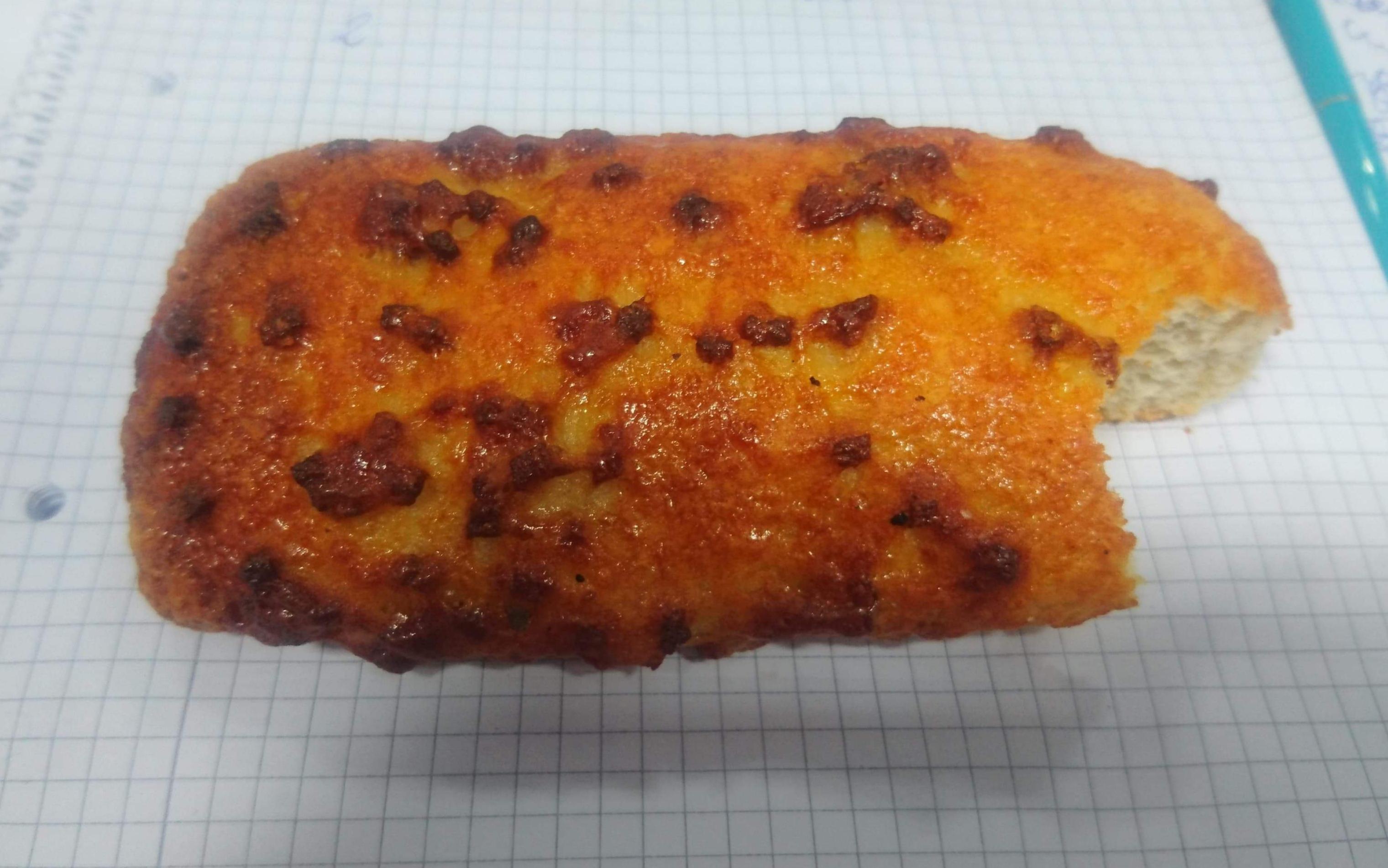 Okay, yes, it looks like this bun-treat-thing is floating. But also? What is this thing? That’s what’s got me losing my mind. I ain’t never seen a Hostess that looked like this.

It’s like the future’s worst pastry feel through a time rift to today. 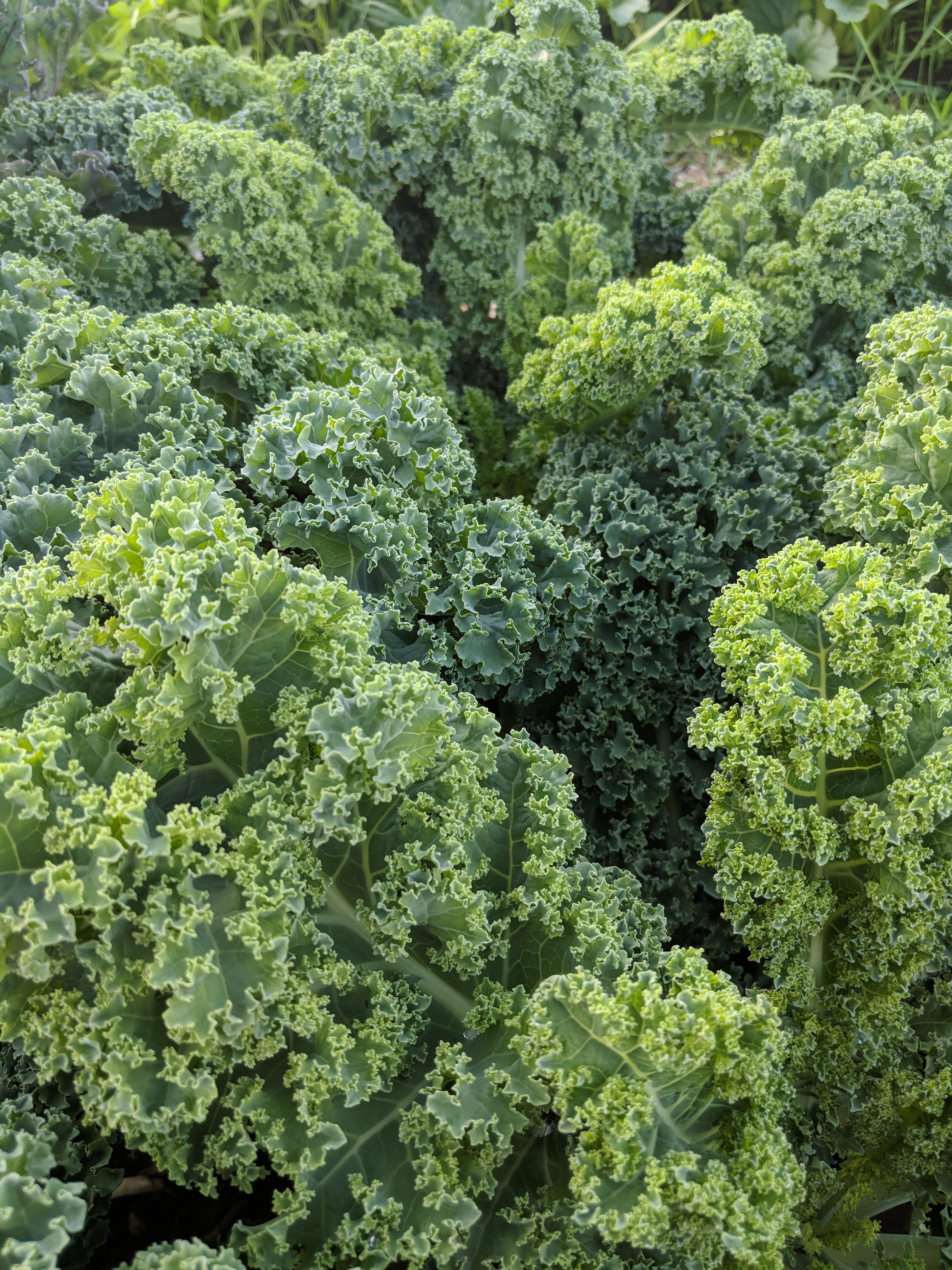 On the TV program Doctor Who, the titular Doctor has a spaceship called a Tardis, which is bigger on the inside than it is on the outside.

Anyways, it’s great to finally see the picture that inspired that idea.

These Perfectly Timed Photos Are a Thing of Beauty

A contentious narrative has produced its method across the net for that previous couple of ...

Powered by WordPress | Designed by Tielabs
© Copyright 2020, All Rights Reserved